The year 2020 is a leap year, and on the extra day the new YPAG group had their first official meeting.

Led mainly by Eddie, Vanessa, and a collection of older YPAG members, the populous session was divided into five training sections, where teams worked on activities to further their understanding of what the YPAG aims to achieve.

• how to select the most suitable research approach

• ethical/legal considerations when carrying out research

Members got to design their own research proposal, which took all the professional aspects into consideration. Groups had to share their views on what they thought the best way forward was, which helped to increase the group dynamics and get everyone used to this type of conversation.

One part of the session dealt with many misconceptions and myths about mental health. It was a mindful and thought striking conversation about the common myths held by many young people – and society as a whole – on mental health and its effects.  It was a good opportunity for some to be more thoughtful about their ideas to mental health and gave us all a moment to reflect on very hard issues such as depression, anxiety and other mental health problems.

Throughout the five activities, members were given the chance to reflect upon what they wanted to gain out of the YPAG, and to think about how they could contribute towards current/future projects. 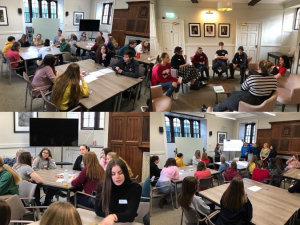 Some of the day’s activities

At lunch, everyone was escorted downstairs into the Bunker, where they feasted on sandwiches and played table football — the Jaffa Cakes were gone in a matter of seconds!

Afterwards, we all came together and had guest session from the Topic Research Group who came to talk about child psychological therapy for children in secondary school. They talked about how waiting list for help for anxiety are very long and even those who are being treated  only a small percentage actually get the care they need, shedding light on the large problem the UK is facing, with insufficient access to proper treatment. They hosted sessions and asked YPAG members to give our view and feedback on a variety of issues, from how we would want to receive treatment, going closely into how and where and who we would know to know about our treatment. With open minds, the groups gave varying ideas and debated different views. This was discussed in great detail as many different opinions were being presented. There was a real sense that, as well as talking about problems, we started to find the right solutions. 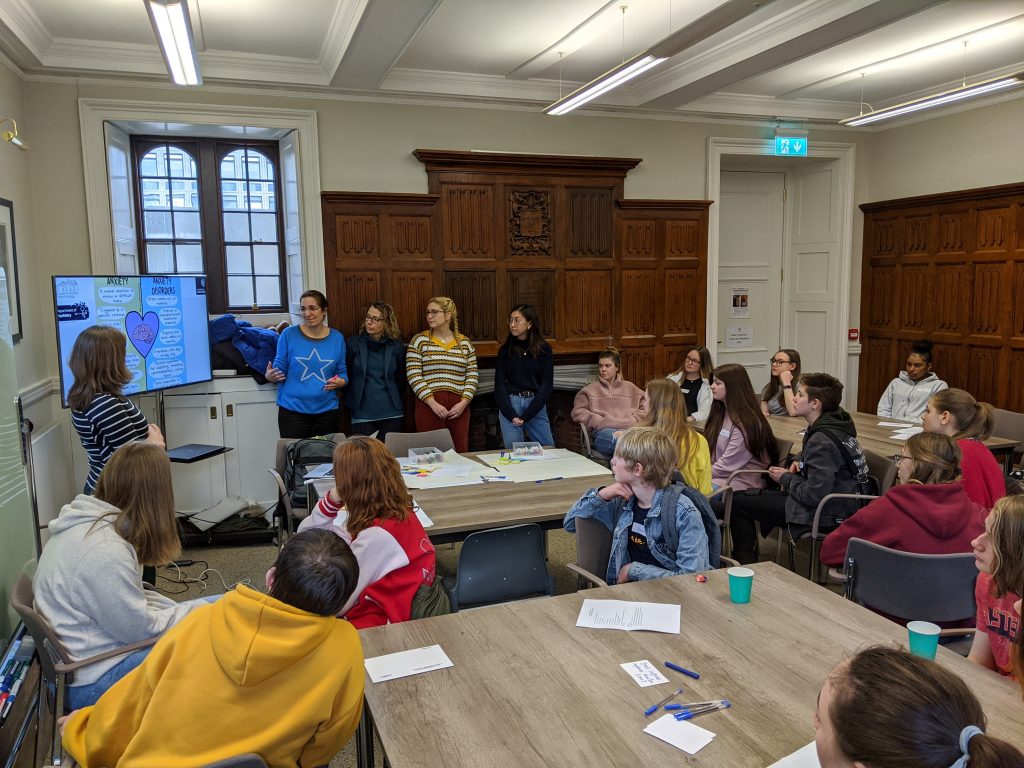 On entering the room that Saturday, you couldn’t miss that it was full of strangers – but also full of kind smiles from people who had walked different paths of life. Sometimes sharing your views in a room full of strangers can be unnerving, but it was a relaxed session. where everyone’s point and opinion was respected and heard, a reassuring environment to be in.

Altogether, the first full session with the new YPAG members was a success. Visitors gained lots of useful insights regarding their current projects, everyone learned about different scientific/ethical processes, and groups grew stronger as members became more familiar with each other. We’re all excited for the next meeting in April!