On the 9th September, with bright eyes and the end of holidays approaching us, we returned from summer and headed straight into discussion about the use of games in bioethics and mental health apps, which we’ve tested over the last few weeks.

After being spoken to by BeGOOD summer placement students, Abi Robinson and Robyn McMillan, we decided that apps and games can play a huge part in exploring the Youth and their opinions of mental health. In this session we brainstormed game ideas and how we could use them to explore ethical decisions, mostly involving early intervention. A common concept we created as a group was a first person story-type game where the main character would have a creature to look after and shape through their actions and decisions like being disciplinary etc.

These ethical decision games could help people gain a greater understanding of early intervention in mental health such as intervening with Autism and whether this is necessary or ethical.

After that, we had a discussion on the use of apps to promote mental health. These apps, including Woebot, Talk life, HelloJoy, WYSA and EvieBot, all have an interactive feature/ purpose of helping anyone struggling with personal mental health issues, no matter how minor or major, ranging from anxiety to depression. A gentleman called Jonathan Beamish from the Wellcome Trust, in partnership with the BBC, came to film our discussions to explore young people’s ideas on these therapeutic chatbots. The video will soon be published at http://www.bbc.co.uk/tomorrowsworld.

A frequently mentioned issue with the given apps is the idea that it just isn’t personal enough and that people may find it difficult off-loading issues onto a system they don’t have an emotional bond with. However, we also found that most people would feel less guilty talking to a robot as they aren’t emotionally draining their loved ones around them. This leaves us with a highly important question: when and how do the “chatbots” intervene, and do websites have an obligation to take action when certain words related to self-harm or suicide flag up?

This discussion was truly interesting as it allowed us to give individual opinions and feedback on each app we tested, having experienced them on a first-hand basis.

We were also visited by a brilliant team of students who were part of the BeGOOD work experience week, Nav Aithani and James Dixon. They introduced us to a poll type/quiz voting system App they’re hoping to produce, primarily aimed at teenagers/young adults in order to gain our opinions and views on ethical problems. We took part in a few quick questionnaires to give them as much feedback as possible, deciding that it’s an excellent idea however there are a few factors that need maintaining such as the content people are able to upload themselves and ensuring it’s appropriate.

It was really lovely seeing everyone again after a wonderful holiday and I look forward to seeing the group again soon! Nellie 🙂 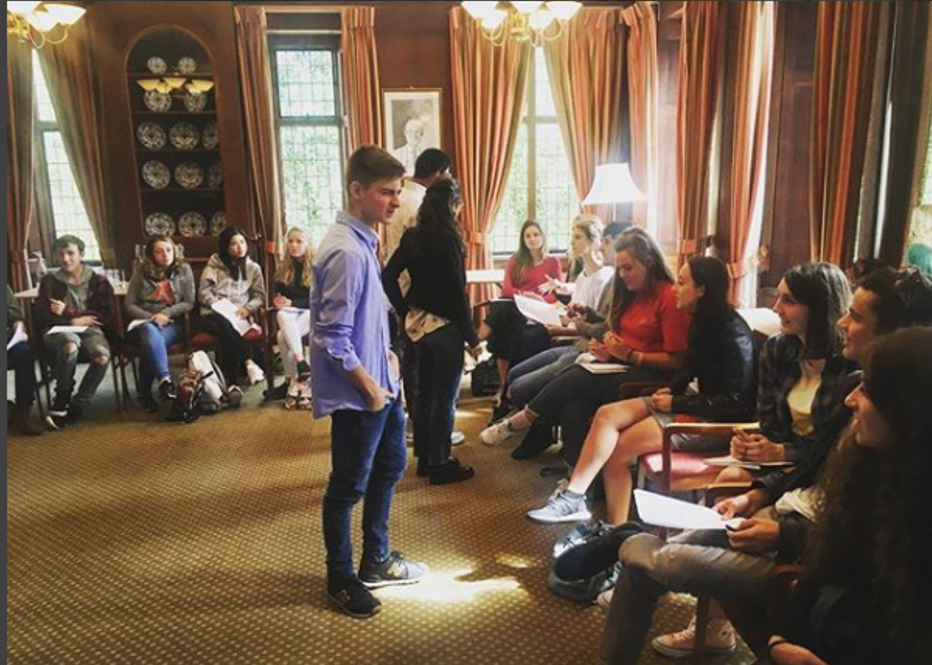