On the 23rd of November, the YPAG had an introductory session for all of the new members. One session for those in years 9-10, and another for the year 11-12s, run by a few members of the original YPAG group and the usual group leaders Gabi, David, Vanessa and Eddie. It was a lovely opportunity for everyone to meet those who they will be working with in the future and really get a feel for what we do in the YPAG.

To begin, all the new members sat in a room together with the existing YPAG members, to introduce themselves and say a little about where they from. Then everybody moved into the main room where the Leaders could introduce themselves and Gabi gave a presentation explaining what the YPAG was, the types of work that we do and what other YPAG’s there are up and down the country. This really gave everyone a feel of what they have become a part of. 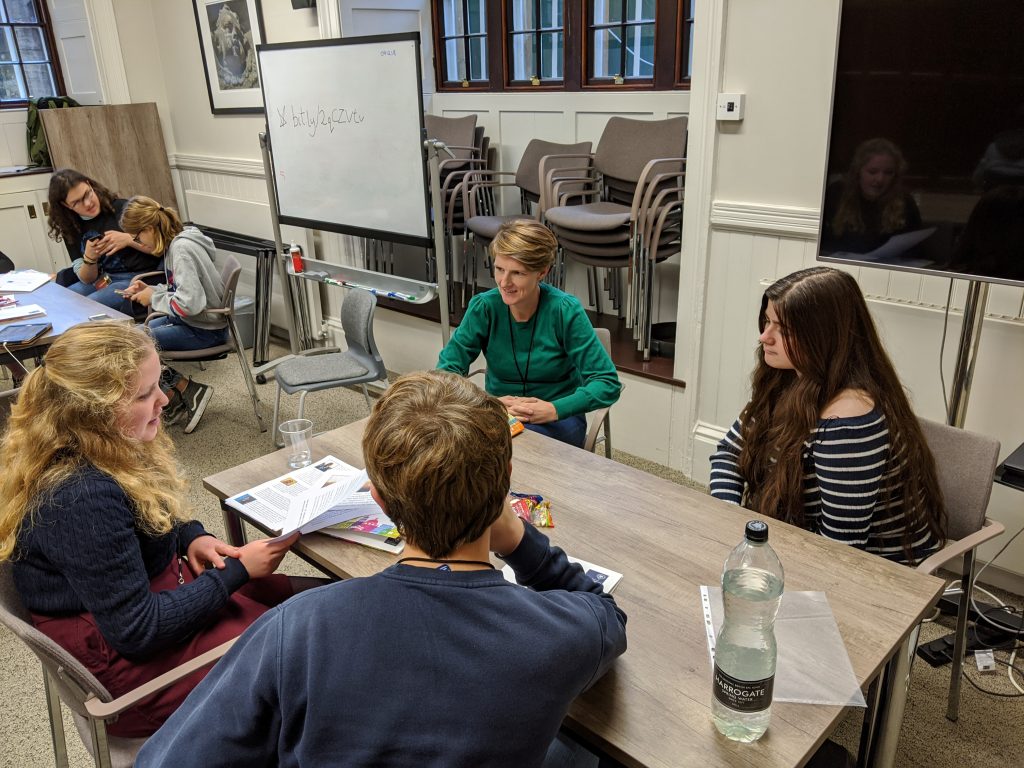 The next part of the day was taken up by completing the various activities. We had four tables each with a different task, with one senior member, one original member and about three of the new candidates. The first two tables were dedicated to ‘Tracing Tomorrow’ – the app that the YPAG recently helped to developed, and will soon be published. After playing the game, new members discussed what they thought the strengths/weaknesses of it were, comparing the method of collecting data from participants in the medium of a game rather than the traditional survey- what pros/cons this could have.

The third table held an ethical task. A story card was read in which a number of participants were in a cave for a research experiment, but the cave collapsed so they must evacuate but can only do so one at a time and as time goes on there is a greater chance of the whole cave collapsing. Character profiles were given outlining the people in the situation. The groups had to discuss what order the people should go in to get out of the cave – essentially ranking their worth, based on any system they saw fit. This was very good for both exercising how we deal with ethics but also for getting to know each other and getting comfortable with discussion. 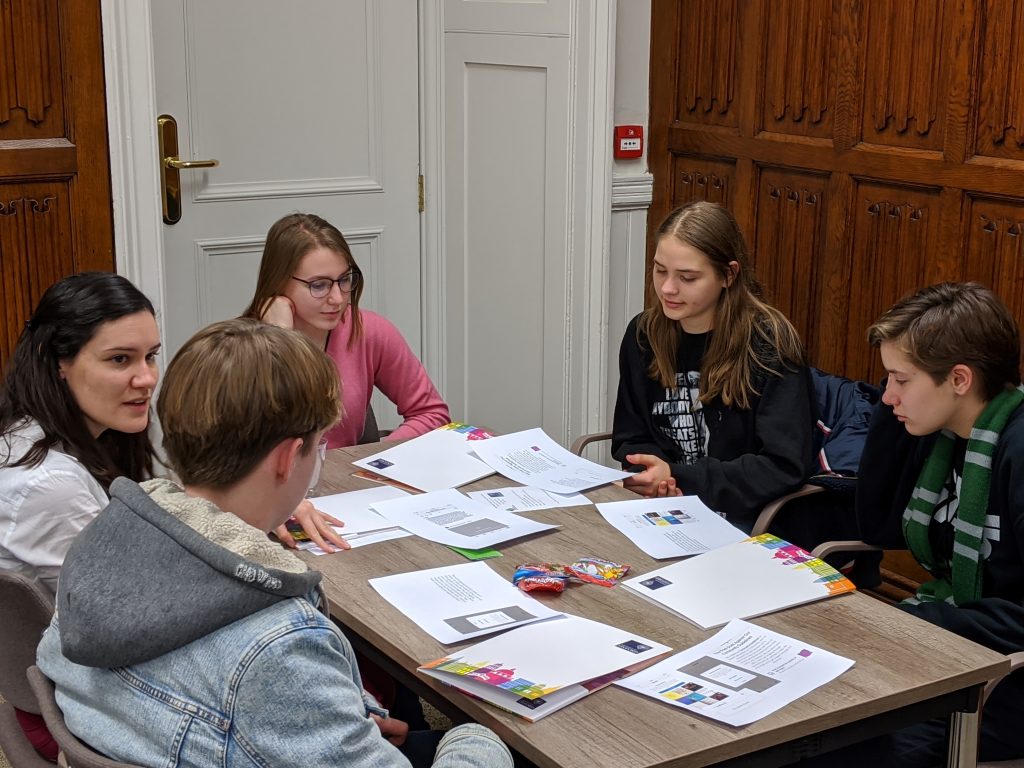 The last table was focussed on discussing the recent issues on Instagram censoring certain things such as healed self-harming scars- and whether this is helpful and a useful tool or whether this just makes more stigma around people who have mental health issues and even people who have recovered and are now just trying to get on with their lives. Again, this was a great demonstration for what we actually do in YPAG sessions.

Overall it was a very fun day where we could get to know all of our new members, and hopefully very exciting for them to be able to see what they have just become a part of! We are all looking forward to the first formal meetings together in February.