The Empathy & Hope Project, a mental health awareness and advocacy initiative, is a powerful art exhibition in South Africa, created and curated by Chantelle Booysen, one of the Young Leaders for the Lancet Commission on Global Mental Health. The first iteration of ‘Empathy & Hope’ found such success in connecting with people in 2019 that it has been renewed for a second run in Durban, SA, launching this Thursday 12th March. Chantelle has this to say about the exhibition:

The exhibition was born from a collection of my own experiences and knowledge of a collective of experiences of people struggling with their emotional and mental health. I’ve seen the devastation of hopelessness in the eyes of loved ones, friends and strangers and the inhumanity caused by the lack of empathy towards those struggling with mental illness every day.

The selection of works in this travelling exhibition were all chosen as part of the triangle of elements that reflects different components of our social environment and its impact on the health of our minds. The elements of the triangle include: from the inside looking out; from the outside looking in; and when the outside seeps in. This triangle is significant as it represents each body of work as a piece of the complex map of factors that relates to the social determinants in our every day environments.

From the inside looking out: The body of work called Paradise, by Thabiso Sekgala, for me, depicts a severe and sincere sense of loneliness – a loneliness of space, loneliness of structures, loneliness in public and a void of human connection. This body of work is particularly important to me as the images that Sekgala captured was of his experiences, as young African man, in a European city that syncs the idea that loneliness is something that all people, around the world, experience every day.

From the outside looking in: The body of work called Nyope, by Lindokuhle Sobekwa, is particularly significant for me, as Sobekwa is able to capture the rawness of drug abuse in the community where he grew up in. He spent countless hours with the men in the photographs, which helped him create a visual collection of stories untold. Even though the photographs are difficult to look at, there is a sensitive, gentle eye from Sobekwa that really encapsulates the concept of empathic engagement with others. 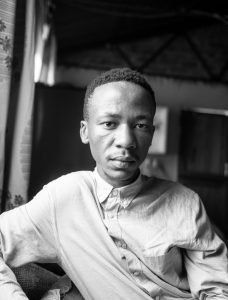 When the outside seeps in: This component to the exhibition refers to a participatory exercise called PhotoVoice with young students from a Refugee Centre in the Durban area. The workshop was hosted specifically to get young people to think of their physical environment and it can influence the health of their minds. A photographic exercise that engages every participant and get them to reflect on the images they took themselves. 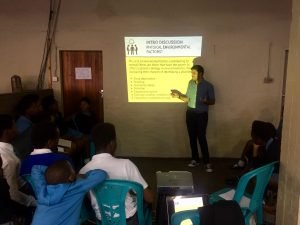 Empathy for all: This component is so important to this exhibition as it is one of the reasons that advocacy for empathy is crucial. The body of work called In My World by Witness Change is an audio visual installation shot by photographer Robin Hammond. His works focused on a collection of stories from the families as “A Tribute to Victims & Survivors of Life Esidimeni tragedy” which is related to the devastating loss of 150 people that was removed from a government psychiatric hospitals due to neglect and disregard for human life. It covers the stories of the families and survivors of victims.

My hope this that this exhibition creates more visual conversation on mental health and mental illness as subjects to be depicted in a humane, empathetic way. There is a great need for us to engage in more hyper-local voices to address hyper-local issues but it does mean that we should have access to safe spaces to talk and engage, without violence. This can be one such space, one where everyone can share openly. Creating hope for the hopeless and empathy towards people living with mental illness – that is, fundamentally, what this project is about. As a mental health activist, my work with both local and international organisations informed many of the themes in this exhibition, but it is my personal experience with mental illness that drives me to keep this conversation alive and to create platforms for others to thrive. 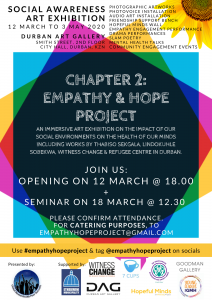 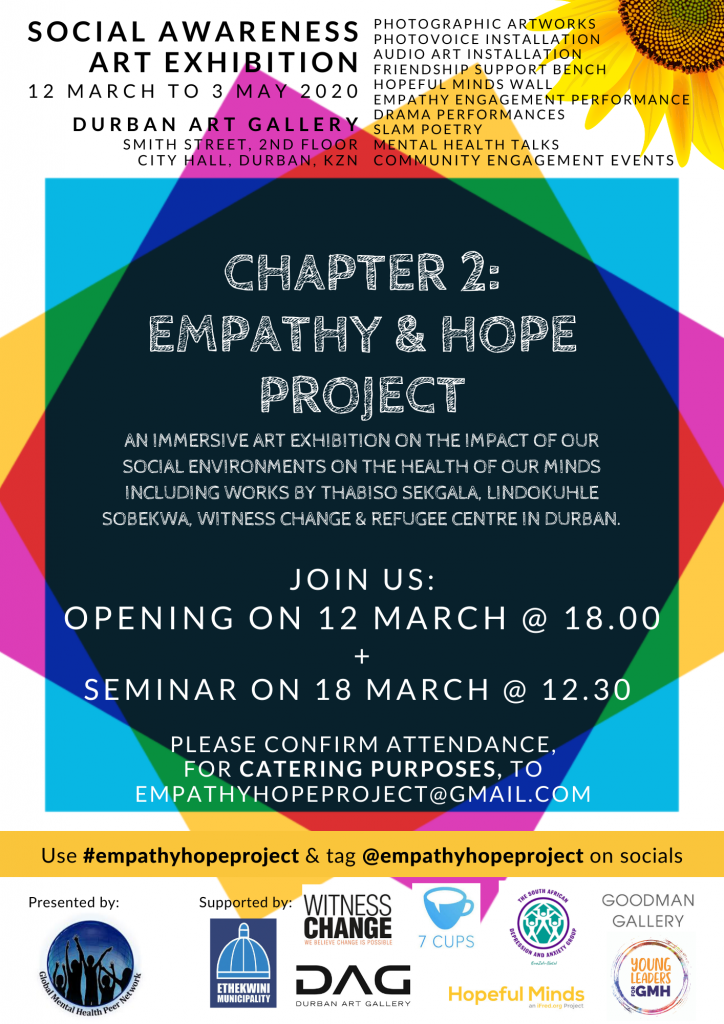