Raising Children on the Inside

I’ve spent a lot of my time in prison this summer, playing with babies and chatting with their mums.

There are six prison mother and baby units in the UK, and they are all different. The one I work in is contracted out to a charity, which is responsible for staffing and running the unit. Whilst prison officers in uniform work in the rest of the prison, the mother and baby unit is staffed by friendly women dressed in everyday clothes. The unit isn’t a wing, it’s a house – in fact, a home – for the ten or so baby boys and girls that spend their earliest years of life inside. And for these babies the prison staff aren’t scary, they are family.

These staff aren’t trained as prison officers, but as nursery nurses. In the mornings, when the mums go out to work within the prison, the nursery staff take care of the babies. In good weather, the children are loaded into their double buggies and taken into town, to a café, to the park, or even to the swimming pool. The staff change their nappies, feed them their morning snack, dress them, play with them, tease, tickle, cuddle, and sing to them. Although this is called ‘crèche’, I imagine it doesn’t feel that way to the children; it’s more like having your auntie or grandma babysit you for a morning, alongside your 8 or 9 brothers and sisters. Why does this family-like structure matter?

First, we need a definition of family.

The meaning of family and the limits of kinship are subject of debate; the word family can be used to denote a wide range of family-like relationships or social structures, including adopted children, godparents, same-sex partners, step-children or close friendships.

In an original and interesting paper, Hilde Lindenman broadly defines family as the ‘structure[s] of intimacy in which most people live out their lives, characterized by relationships that are more or less on-going and close, usually (but not always) involving long periods of living together in the same household.’ This definition arguably applies to the relationship between staff and children on the mother and baby unit.

In her paper Lindenmann discusses a number of ways in which families have value for children. In this blog post I will consider just two of these in order to explore the value and limitations of family-like relationships within a prison mother and baby unit.

The family provides the child with identity

Lindenmann suggests that the family is valuable because it is the ‘foundry within which the child’s identity is formed […] important facts about [the child] are woven into the stories and fragments of stories that parents, siblings, and other family members create or draw on to depict the child as he grows and changes over time, and it’s that narrative tissue that constitutes the child’s identity.’

Thus, although a child may not remember the names and faces of the staff members that cared for him in his early years – indeed, may have no memories of prison at all – this is part of his story, part of who he is.

The question then arises, is this a good story? Is this the kind of narrative identity that a person would want to have? Or could knowledge that one spent one’s early life in prison actually be damaging to the child? This is a worry raised both by members of staff and by mums themselves.

However, rather than encouraging mums to keep it secret, staff provide them with photos and other mementos which they can show to the children as they grow older. As one staff member explained to me:

In this sense, it is important to find a way to tell a positive story about how this early surrogate-family helped to raise the child, so that as he grows up he can feel positive about both the prison staff and his mother, who together tried to give him a good start in life.

The family provides the child with love

Lindenmann argues that love is inherently valuable as a specific kind of interpersonal relationship between two people. In addition to the love that the children received from their mothers, the staff also provide genuine love and affection, creating a mostly happy, caring and safe environment.

“We’re there when they wake up and we’re there when we go to sleep. For the kids we’re like family, we’re more than staff […] they need as many people to love them in their life as they can get.”

Whilst this love is clearly valuable, it can create problems when the time comes for the baby to leave the unit. The prison often discusses ‘separation’, but this exclusively refers to the separation of a mum from her baby. However, almost no consideration is given to the separation of the child from the staff, and what impact this might have. One staff member told me:

“The babies have got significant attachments to staff and they are at the point where those attachments will be hard to break. And they will be broken fully.”

However, she went on to say:

“That is life though, let’s not think that doesn’t happen in life, whether that’s a grandparent dying or whatever […] The children probably will have gained far more through those relationships than will harm them through that loss, and those losses would be equivalent to what those losses would look like in the community”

Thus, arguably the love that children experience as a result of these family-like relationships with staff does them more good than the inevitable separation does harm. It is better to establish a loving relationship even with the knowledge that separation and loss are inevitable.

Thus, a family-structure on the mother and baby unit is valuable, but must be carefully managed to limit the inevitable impact of separation, and the effect that this may have on the child’s identity and understanding of his own life story.

Ultimately, however, staff members are no substitute for dads, uncles, grandparents, and siblings, and there are perhaps other important family-goods that are unavailable to babies and their mums within a prison environment. This blog post has merely scratched the surface of the issue, and there is much more work to be done. However, it is clear that family is of value both in the early years and later in life; whilst Mother and Baby units are a good place to start, prisons should do more to protect the value of families, for the sake of those on the inside and those they leave behind. 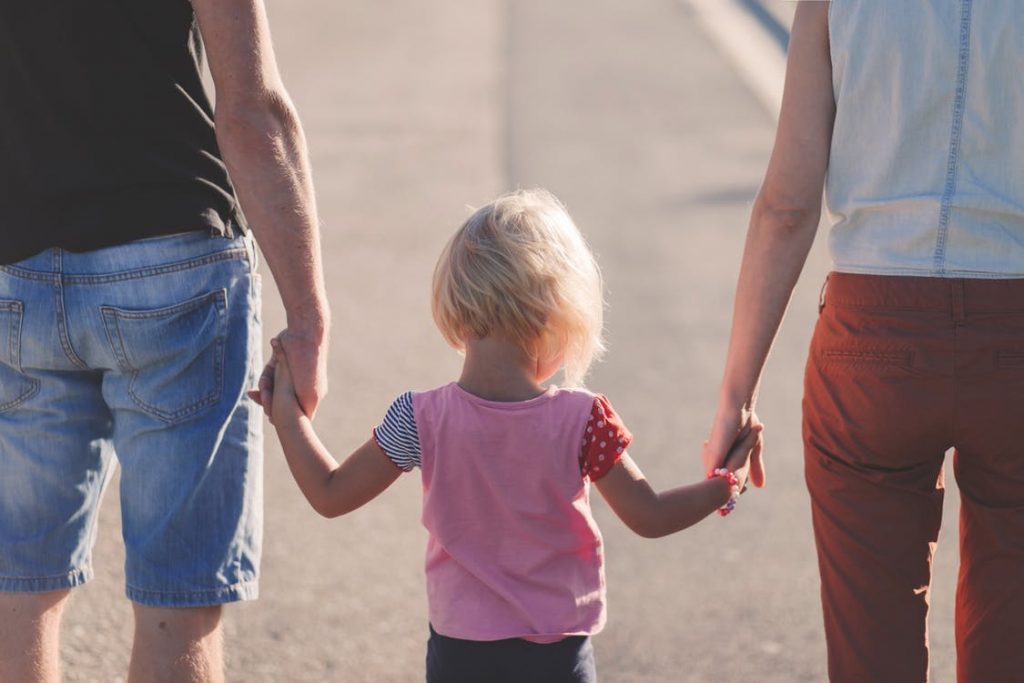