Since the days when a pregnant Demi Moore posed proudly on the front cover of Vanity Fair, the media has bombarded us with images of what pregnancy should look like. Magazine covers display images of glowing women engaged in wholesome activities: drinking kale smoothies, attending yoga classes, or enjoying breezy countryside walks. What we don’t see, are images of visibly pregnant women enjoying some Pimms at a summer BBQ, or ordering a glass of fine Chianti when dining out at a restaurant.

Whilst not everyone insists on the importance of kale smoothies and yoga, almost no one publically defends women who enjoy drinking alcohol during pregnancy; indeed, such images are usually met with shock or moral outrage, and seen to represent irresponsible and selfish behavior. But is this attitude grounded in the evidence?

I recently attended the Policing Pregnancy Conference at Canterbury University. Towards the beginning of the day, Dr Ellie Lee began with a discussion of advice given to women regarding consumption of alcohol during pregnancy. This was a timely discussion, since on the same day a number of newspapers had reported on this same issue.

A recent in-depth review of all the evidence since 2008 regarding the effects of drinking alcohol during pregnancy revealed no link between low-level consumption of alcohol and negative health outcomes for the foetus or baby. However, this evidence can be interpreted in a number of ways, leading to different health advice for women.

– if you are pregnant or planning a pregnancy, the safest approach is not to drink alcohol at all, to keep risks to your baby to a minimum

– drinking in pregnancy can lead to long-term harm to the baby, with the more you drink the greater the risk

In a similar vein, last year the director of the Royal College of Midwives, Jacque Gerrard, issued a statement saying:

‘The RCM has consistently advised women to abstain from drinking alcohol when pregnant or if trying to conceive. Our message has remained the same – that there is no evidence that any level of consumption is safe for the growing baby.’

Strictly speaking, the statements from Sallie Davies and the RCM are both true. There is no evidence that any level of alcohol consumption is safe, but there is also no evidence that low-level drinking is harmful. The problem is that finding absolute evidence of the ‘safe limit’ is practically impossible, not least because conducting a trial whereby pregnant women are asked to consume specific amounts of alcohol in order to measure the effects on the future child, would be extremely unethical.

Therefore, the advice against drinking at all during pregnancy is grounded in an extremely precautionary interpretation of the evidence.  Given that there is no evidence to suggest that low-level drinking is unsafe, Dr Lee and others argue that advising women not to drink at all needlessly prevents them from engaging in an activity that they may enjoy, and causes them unnecessary anxiety and guilt without due cause. Hence, Dr Lee argues, the official guidance prioritizes risk-aversion and simplicity over the autonomy and freedom of women and in doing so, it is patronizing, misleading, and sexist.

The social power of expert advice

Ultimately, the problem resides not in which interpretation of the evidence is right, but with who gets to interpret it. Official advice from the Chief Medical Officer or from the Royal College of Midwives is seen by many to be authoritative, and these sources are generally believed to be reliable, expert and unbiased. Thus, whilst we are dealing with advice rather than law, women may feel under extreme pressure to obey the official guidelines for fear of being labeled ‘bad mothers’ should they do otherwise.

Criticism comes not only from policy makers and healthcare staff, but also from the general public. The idea that ‘any alcohol is harmful’ has become engrained within society, and visibly pregnant women may find they are denied alcohol in a restaurant or bar, because the bartender doesn’t want this on his conscience. In this way, the precautionary alcohol guidance has become a tool with which to chastise, blame and judge pregnant women, limiting their autonomy.

The right to choose when there’s no right choice

Each woman is the expert on her own individual circumstances and should be trusted to make the right choice for her and for her future child. Some may adopt the precautionary approach and avoid alcohol entirely. Others may decide that they will drink alcohol from time to time, since for them the benefits of occasional sociable drinking outweigh the small risk of doing so. Neither of these responses is inherently wrong (or inherently right). What is wrong, however, is presenting only one interpretation of the evidence without consideration for all the women who, for not following this advice, will be condemned as bad, irresponsible, and selfish mothers. Instead, women should be presented with an unbiased account of the evidence, and left to decide for themselves whether they wish to drink alcohol during pregnancy. 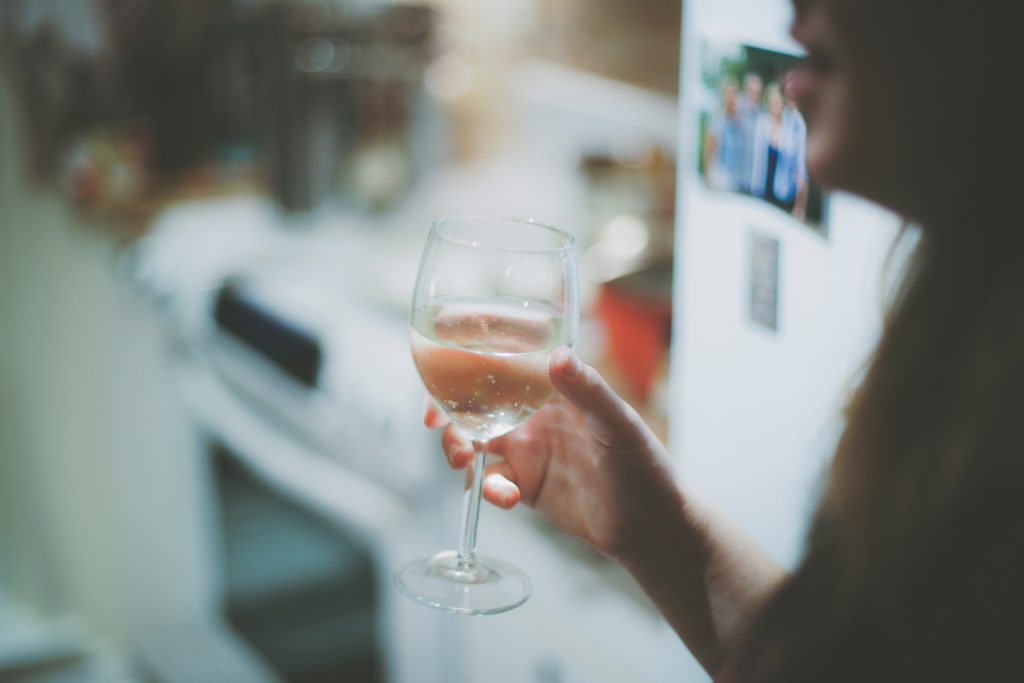