In November 2016 I left Oxford to conduct 12 months of fieldwork in Darndale, in Northside Dublin, Ireland. Since then, many among my new friends and colleagues have been asking me what exactly I am doing here. And when I say that I am conducting ethnographic research among families enrolled in an early intervention initiative, I am often confronted with surprised faces, just like Arianna when she says she is a philosopher working in the Department of Psychiatry. We are certainly a unique and perhaps unusual research team.

The work of the ethnographer

Conducting ethnographic research among families in Dublin might at first seem atypical. Many would imagine that anthropologists and ethnographers work in remote islands, sky-high mountains, and endless forests of towering trees. Indeed that is where most anthropologists were found in the past. Examples of such work include Branislaw Malinowski’s ethnographic fieldwork in the Trobriand Islands and Levi Strauss’ research in the Amazons, or even my own work in the Solomon Islands. While anthropologists still conduct their research in remote places, throughout the 20th century the focus has progressively shifted to include Western societies, such as Wall Street bankers, blood donors, and diasporic communities, as relatively discrete groups worthy of investigation.

Notwithstanding these changes, ethnography still means “the written study of a group of people” (from Ancient Greek ethnos “people” and graphein “to write”).

In ethnographies, anthropologists present the results of their fieldwork, which is a period of time spent living among the people who are the focus of the research. A serious attempt to describe the world from their point of view (rather than that of the outsider) is the most important aspect of ethnography. In order to do that, ethnographers make use of a research method known as “participant observation”.

This is what I am doing right now. I take part in the daily business of Preparing For Life, an early intervention programme designed to better prepare children in disadvantaged areas to enter the education system; I observe how parents participate in the various activities at the Darndale Belcamp Village Centre (including the Positive Parenting Programme, Baby Massage, and Home Visits), and I listen to their life stories, jokes and day-to-day anecdotes.

Why are we focussing our research in Darndale?

To answer this question, we must go back to the early 1970s, when a Dublin Corporation housing scheme established five auspicious blocks of houses named after flowers: Primrose, Tulip, Marigold, Buttercup, and Snowdrop. Sadly, the area soon became synonymous with anti-social behaviour, illegal bonfires, open drug dealing, and violent crime. Yet, Darndale is increasingly a place of hope and hard work, where community initiatives are transforming the future of those inculpable of being born in such a challenging environment.

Why is it “good” to improve the life chances of children who, because of conditions that are beyond their control, will be less prepared to enter the school system than their more fortunate peers? Of course, it is good because all children should be given equal opportunities or, as the mantra of early intervention recites, the “best start in life”. However, the meaning of “good”, “best”, and “improve” are not absolute. For example, single parenting might appear as a recipe for failure from the point of view of someone who grew up in a solid nuclear family. But for a single parent who’s coping with the kind of problems listed above, single parenting in itself might not look like that big of a tragedy.

The contextual meaning of “good”

As the meaning of “good” varies contextually, we should think carefully about the premises of early intervention, but also and especially about its implications. Early intervention initiatives are inevitably constructed on the basis of implicit assumptions about the meaning of “good” parenting and the appropriate goals of childcare. But these ideals are not necessarily shared by the families targeted by the programmes, and in some cases might be entirely inappropriate given the social and cultural context in which these families live.

That’s why it makes sense to use ethnography to try to grasp the point of view of families enrolled in an early intervention programme. We cannot just assume we understand what is “good” for people from different walks of life. The “good” of early intervention is in the eye of the beholder. My job, to answer the initial question, is to grasp the different points of view of what that “good” might be. 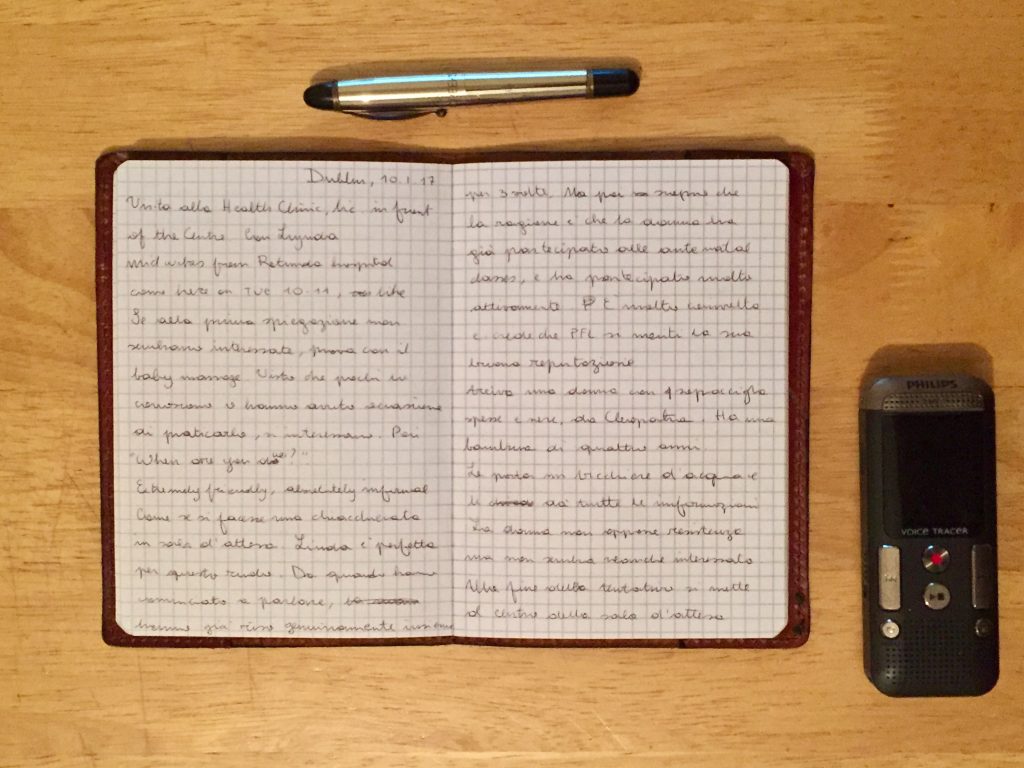