A single marshmallow, and the urge to eat it now

In the late 1960s, Stanford researcher Walter Mischel devised a clever procedure to test the limits of children’s willpower. Preschoolers are left in a room alone with marshmallows (or a treat of their choice). They are told they can either eat one immediately or, if they manage to wait for 15 minutes, they can have two.

Unsurprisingly, children struggle to wait. A few simply gobble the marshmallow straight away. Some stare at it for a few seconds, eyes wide open, before finally surrendering. Others crunch their faces, cover their eyes, turn away, and manage to last a little longer. In his initial experiment, only about 30% endured the whole 15 minutes.

Good things for those who wait?

Many years later, Prof. Mischel wondered how the participants from his marshmallow studies were faring in life, and sent their parents some questionnaires. Results were striking. The children who had waited for the second marshmallow, as teenagers had less behavioural problems, more friends, and higher S.A.T. scores, and as adults were less likely to be obese or have issues with drug use. Put simply, good things came to those who waited.

Prof. Mischel’s study had its limitations; participants were predominantly from middle-class families from the Stanford community. However, other researchers have repeated this study and included children from less affluent socioeconomic backgrounds. As it turns out, impoverished children were less likely to wait for the second treat.

Given this research and potential benefits of self-control, scholars and policymakers started to advocate self-control training as a way to ‘reduce a panoply of societal costs, save taxpayers money, and promote prosperity.’ Despite the general enthusiasm, it may be a little impulsive to assume that self-control is invariably good.

In a newly published study, Professor Melissa Sturge-Apple and colleagues gave the marshmallow test to two groups of children (this time with M&Ms). The groups were split by socioeconomic status: one group came from a high-income background; the other from highly impoverished areas. They then measured children’s cardiac vagal tone, which refers to the activity of a nerve that connects the brain and the heart. Strong vagal tone predicts better health, greater empathy, and better ability to regulate emotions.

Perhaps – pardon the pun – at the heart of the matter, for low-SES participants, waiting for the second treat is not about lacking self-discipline, but making a sensible choice. In harsh, resource-poor environments, where the future is less certain, accepting an immediate reward may be wiser than waiting for a second treat that may never come.

A taste of marshmallow ethics

Prof. Sturge-Apple’s findings inspire a certain amount of humility in the interpretation of psychological research. First, they remind us that what is good and bad for a child depends on the context. Salivating quietly until the promised treat arrives may be perfectly appropriate in a wealthy, predictable environment, but is not very ‘street smart.’ This way of thinking implies that research conducted in peaceful, resourceful, W.E.I.R.D. contexts cannot fully inform interventions aimed to help children raised in stressful or impoverished areas.

Her findings invite us to stop thinking in terms of what is naturally good or bad behaviour, and to start thinking in terms of what is adaptive in a given context. However, defining whether a certain trait is adaptive is not straightforward. For example, two recent studies found self-control to be a double-edged sword among African American, low SES teenagers. Well-controlled teens were indeed less depressed, less aggressive, and less likely to use drugs, but also had higher risk of heart problems, and their cells aged faster. Might their health have worsened as their willpower constantly confronted challenges such as prejudice and economic instability?

Teaching self-control to low SES children may come at a high cost if their environment is left unchanged. So before we go around denying children immediate marshmallows in the hopes for their future, here is some food for thought: the promotion of individual character strengths needs to take into account the environment where they will be put in action, and their broad consequences for children’s psychological and physical well-being. More importantly, such interventions should ideally go hand in hand with global efforts to resolve larger-scale, structural problems. True resilience, within and across children, families and communities, is a treat worth the effort.

Mischel, W. (2015). The marshmallow test: Understanding self-control and how to master it. New York, NY: Transworld. 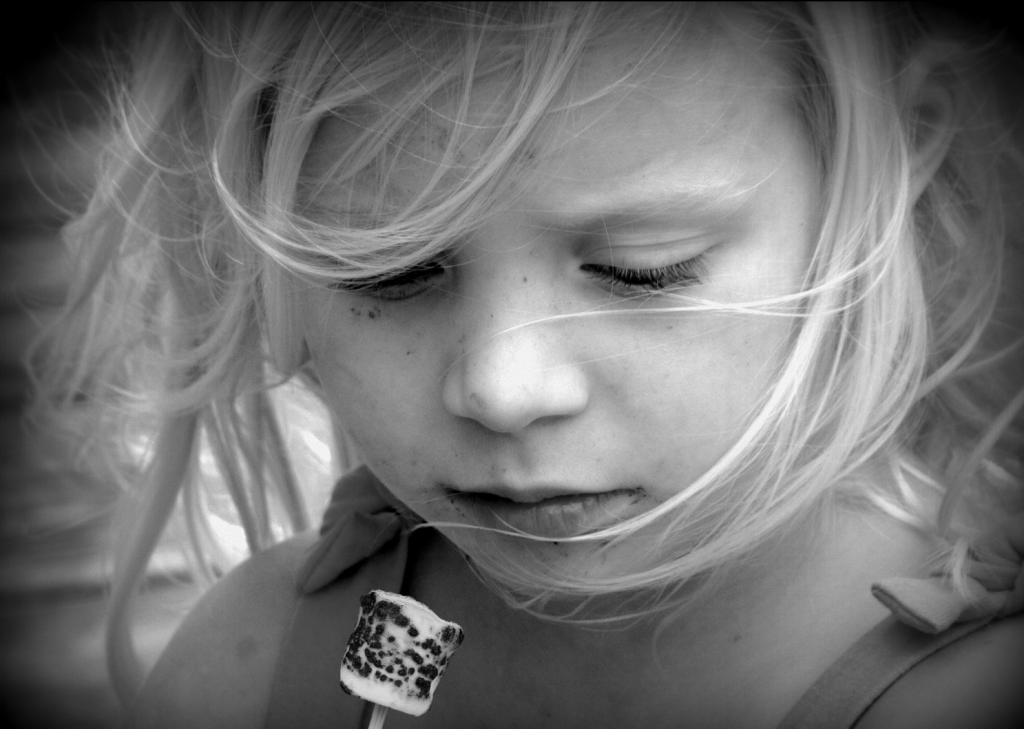