Excerpt from the paper given at the Inter Congress of the International Union of Anthropological and Ethnological Sciences, Dubrovnik, 4-9 May 2016

“This is the purposeful reflexive combination of ‘evidence-based practice’ and ‘practice-based evidence’ (Thase, 2006). The problem is, how can we do that? As we are all scientists working in the different fields of early life, this panel is probably the right place to address this question.’

The challenge of culture

Parenting behaviours vary across different cultural communities. It is difficult to evaluate them with measurements that take culture into account, because research discourses of this kind easily result in generalizations and political no-go zones. In the past few years, scholars attempted to move beyond such impediments with methodologies ranging from self-reporting to direct observation.

Self-report is commonly used to evaluate early intervention initiatives as part of randomised controlled trials, particularly because of the supposed absence of researcher interference. However, questionnaires and interviews about a parent’s attitudes to parenting are often biased (Milner & Crouch, 1997; Straus et al. 1998). For instance, according to Bögels & Melick (2004), mothers tend to describe their own rearing behaviour more positively than their children and partners do.

Biased self-report data may be corrected with reports of other informants, including but not limited to children and partners. However, their view would be just as biased. Essentially, the problem is that responses to questionnaires are ultimately behaviours. Seeking to understand parenting behaviours through answers that are actually behaviours is like creating two problems in the attempt to solve one.

Given these difficulties, researchers often measure parenting by direct observation. Intuitively, “live” or videotaped data should provide more accurate descriptions than questionnaires or interviews (Zaslow et al., 2006). However, observations will eventually be coded according to some predetermined measures (Fuligni & Brooks-Gunn, 2013) developed in a different context; most often middle-class European American families (Ispa et al., 2013; 2004). It follows that these measures cannot be used in most countries, and even in some communities within Europe and US where practitioners work with low-income parents from ethnic minority groups.

Hence, new methods are needed that take into account cultural differences without compromising on general reliability.

With this purpose, Roggman et al. (2013) developed a measurement tool, called PICCOLO. The authors claim that their measures reliably predict developmental outcomes in different ethnic groups. However, PICCOLO only measures positive behaviours in the context of experimental settings, such as video-recorded sessions.

The literature is very clear that, in these contexts, parents tend to display positive behaviours. Since negative behaviours negatively correlate with child development, PICCOLO is not equipped to capture a correlation of critical importance. What the production of PICCOLO proves, however, is that scholars are still looking for measures that take cultural differences into account.

As the search for reliable measurements of parenting behaviours continues, ethnographic methods have become increasingly popular.

For example, Brookes et al. (2006) analysed an ethnography of an Early Head Start program and argued that home visitor conscientiousness as well as visitor/mother match in terms of personality and personal history seemed to have a particularly positive impact. However, it was not possible to give a numerical value to it.

Possibly, this is the reason why the relationship between mothers and visitors has received so little attention in the literature, as noted by Peacock et al. (2013). Shepherd (2011) asked why. Her hypothesis was that a system that places high value on reliable measures to demonstrate the effectiveness of home visiting is not designed to understand outcomes such as personal relationships, but only tangible ones.

The ethnographic approach. And its limitations

Shepherd discusses her hypothesis in relation to data gathered in one home visiting programme in Australia. She found that nurses were helping mothers through the experience of parenting by helping them to ‘make meaning of the experience’. That is a rather intangible kind of outcome, although one can attempt to measure the quality of the relationship with self-report.

However, Shepherd writes that her research participants were barely conscious of the importance of making sense of the experience of parenting with the help of the nurses. It was through the participative aspect of ethnography that this important aspect emerged. Hence, studies lacking an ethnographic component cannot access the situations in which this kind of data can be collected.

An increasing number of scientists call for such mix of qualitative and quantitative design. For example, Kemp and Harris called for hybrid models that analyse both efficacy and effectiveness by identifying what works and why and how it works (Hohmann and Shear, 2002). The knowledge of how an intervention works in the real world can help identify the efficacious components of the intervention (Atkins et al., 2006). “This –they conclude– is the purposeful reflexive combination of ‘evidence-based practice’ and ‘practice-based evidence’ (Thase, 2006).” The problem is, how can we do that? As we are all scientists working in the different fields of early life, this panel is probably the right place to address this question. 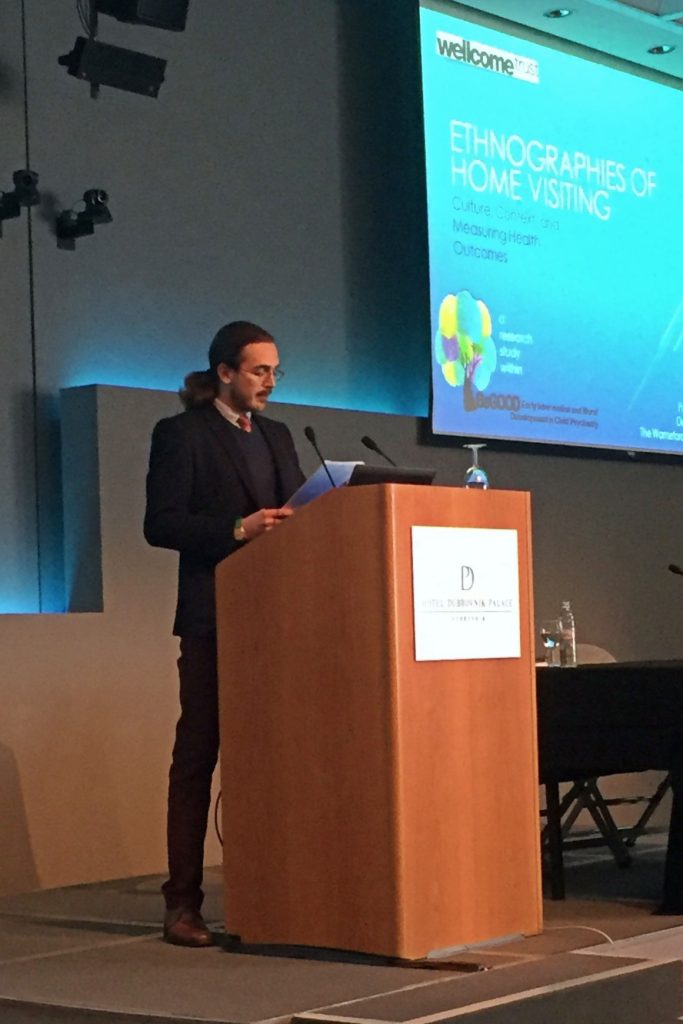