by Nancy Tucker, author of The Time In Between: A Memoir of Hunger and Hope (Icon Books).

If one books an appointment to have a suspicious lump, bump or mole examined by a doctor, one expects any untoward findings to lead to swift and purposeful intervention. At most GP surgeries, there exists a dedicated system for the rapid processing of referrals pertaining to suspected cancer. These referrals are monitored on their journey from surgery to hospital like precious cargo: a receptionist calls to confirm that they have reached their destination, and an appointment is allocated to the patient within weeks. The lump or bump or mole is dealt with like the serious threat to health it could be.

If one books an appointment to have a suspicious lump, bump or mole examined, what one does not expect is to have a doctor poke and prod before narrowing their eyes and musing,

‘Hmmm. Yes. This does look very much like cancer. In fact, there’s a very high probability that this is cancer. But, you see, the problem I’m having is that it’s a very little tumour. Obviously it’s going to get a lot bigger, but right now you’re in the very early stages of cancer. So, if it’s alright with you, what I’m going to suggest is that you go home and give it some time – couple of months, maybe? – and just wait for that tumour to get nice and big. Then pop back to see me, and I’d be delighted to refer you to have it removed. All make sense? Sound ok? Excellent!’

Such a response is almost laughable; it would be ludicrous to treat any physical illness with such outright neglect. And yet, there is a mental illness we approach with exactly this attitude: anorexia nervosa.

Many of those who have approached their GP for help in the early stages of this, the most deadly of all psychiatric illnesses, report the following interaction. They enter the consulting room and describe the tell-tale symptoms of a restrictive eating disorder: the limiting of food intake, the preoccupation with weight and shape, the guilt associated with eating. They are weighed and measured and – in cases where weight is not low enough to set alarm bells clanging – they are told to go away and come back ‘if things get worse’. For many young people in the early stages of an eating disorder, this is experienced dually as an invalidation and a challenge: ‘You’re not sick enough. Come back when you’ve lost more weight.’ Sufferers interpret the lack of concern commonly expressed by the GP at initial consultations as confirmation that their – often highly damaging – eating behaviours are acceptable, and become more deeply entrenched in a rapidly developing disorder. In many cases, by the time sufferers revisit medical professionals because ‘things have got worse’, things have got so much worse that immediate, extreme intervention is warranted in order to preserve life. Such is the rapidity with which anorexia nervosa can take hold.

The issue with this lack of immediate action is not just the suffering of the individual in the interim period between initial consultation and appropriate treatment: it is the fact that it constitutes the bypassing of a crucial window of opportunity. Research consistently shows lengthy persistence of illness to be correlated with poor prognosis (Von Holle et al., 2008), with those who receive appropriate treatment early on more likely to achieve robust physical and psychological recovery. Anecdotally, this makes sense: anorexia sufferers frequently refer to the extent to which, over time, the illness becomes their identity (Rich, 2006), shaping all that they do, think and feel. Once this ‘anorexic identity’ is established, sufferers can resist external attempts at a ‘cure’, feeling that to be without their anorexia is to be without their self.

Physically, the structural changes to the brain induced by prolonged self-starvation may also make it more difficult for chronically unwell anorexia sufferers to access psychological therapy (Katzmann et al., 2001), with researchers currently unsure as to whether such neurological abnormalities reverse with weight restoration. More generally, the widespread physical consequences of prolonged anorexia are numerous, from osteoporosis to infertility – a further indication of the absurdity of delaying intervention until the disorder is appropriately ‘severe’.

Although the short- and long-term consequences of chronic anorexia nervosa can be debilitating or even deadly, evidence suggests that early intervention can improve prognosis. Treasure & Russell (2011) found family therapy to be more effective in treating anorexic adolescents with a shorter duration of illness than those who had been unwell for some time, with subjects whose illness had persevered for more than three years pre-treatment having very poor response to both family and individual therapy. From a 21-year follow up study, Zipfel et al. (2000) drew similar conclusions: a shorter duration of illness was associated with higher level of recovery. The most recent trial, led by King’s College London, offered patients access to treatment within an average of 33 days (as opposed to the usual 4-8 months), and its initial findings have shown this early intervention to make patients more likely to engage with treatment, reduce dropout rates, and make patients recover more quickly than normal (Campbell 2015).

As it stands, protocols for the treatment of anorexia nervosa involve the denial of support to sufferers in the early stages of the illness, and the allocation of support to those already deeply entrenched. This creates a continuum whereby the vast majority of patients reach a state of chronicity/entrenchment before intervention, by which point said intervention is unlikely to be effective. It seems clear that we should approach anorexia nervosa with the urgency and purposefulness with which we would treat an equally life-threatening physical illness, and intervene with appropriate medical and psychiatric treatment as soon as symptoms emerge. 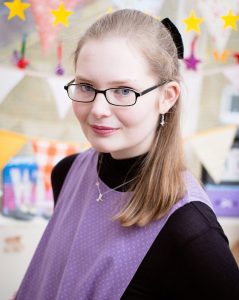 Nancy Tucker is a first year Experimental Psychology student at Pembroke College, Oxford. She has spent time working as an Assistant Psychologist for Camden & Islington IAPT service, and as a Young Ambassador for the eating disorders charity Beat.
Her memoir, The Time in Between (published by Icon Books) explores her decade-long battle with anorexia and bulimia nervosa. She has also written for the British Psychological Society magazine on the ‘hierarchy’ which exists amongst eating disorder diagnoses. 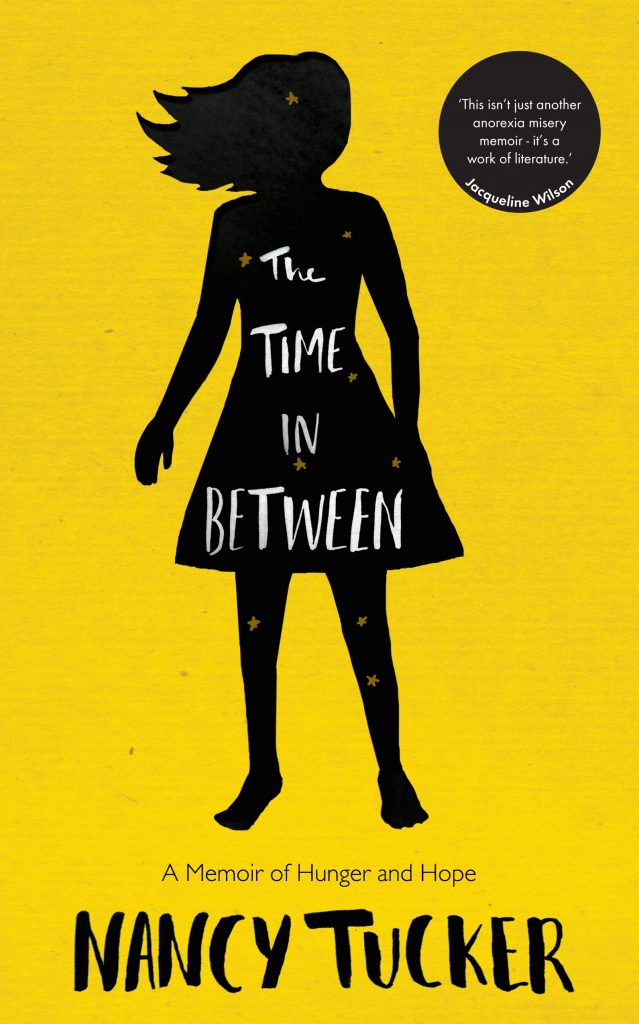