How does spending the early years in prison impact upon a child’s life chances? And what are the alternatives?

Prison Reform and the UK Government

A sad but true fact is that last year there were 100 babies in our county living in a prison […] When we know the importance of the early years for child development, how can we possibly justify having babies behind bars? There are actually women in these prisons who were born in the same prison twenty years earlier, and then have ended up there later as criminals themselves. Think of the damage done to the life chances of these children.

On 8th February 2016, Prime Minister David Cameron gave a speech in which he called for the ‘wholesale reform’ of the UK prison system.

Towards the end of his speech, Cameron made reference to female prisoners. In particular, he expressed concern for the 100 or so babies who live with their mums in Mother and Baby (M&B) units, asking what spending one’s first 18 months in prison could do to a child’s ‘life chances’.

In the UK, mothers who give birth in prison, or who have a child under the age of 18 months, can apply to stay in an M&B unit. These units are often recommended for women serving short sentences for relatively minor, non-violent offences, in order to prevent the separation of mother and child. If a woman must serve more than 18 months in prison, an admissions board will make a decision about her suitability for an M&B unit, based on what they perceive to be the best interests of the child. Social services typically arrange for children aged over 18 months to be cared for in the community, either by a family member or in foster care.

‘Life chances’ and the early years

The current Conservative government has adopted the idea of ‘life chances’ as one of its central commitments; emphasis is placed upon the impact that social, economic and environmental conditions have upon an individual’s chances of leading a ‘successful’ and healthy life. Increasingly, scientific research in the fields of epigenetics and neuroscience shows that the first years of life are especially important, since it is at this age that a child is most developmentally malleable or ‘plastic’, whilst the phenotype develops in response to early environmental cues. Hence the 0-3 window is seen as the ideal period for early intervention; the need to act early – to foresee, to intervene, and to prevent – is promoted with increasing urgency.

Since early environments play a crucial role in shaping so-called ‘life chances’, the question arises: what kind of environment does an M&B unit provide for a young child? Is such an environment detrimental to that baby’s early development, as Cameron suggests? And are there better alternatives to putting babies behind bars?

Are M&B units really that bad?

First, we need to ask what these M&B units are actually like.

Whilst Cameron paints a bleak picture of M&B units, implying that kindly prison officers try to make these places homely against the odds, not all sources provide the same, desolate image. For example, a Guardian article quotes mothers who felt happy – even privileged – to spend time in the M&B facility:

The mothers wear ordinary clothes and move around freely, stepping out when they wish into a garden brightened by well-kept flowerbeds and equipped with a slide, a gazebo and a small climbing frame […] Prams fill the long hallways and purple highchairs crowd the dining area. Prisoners and their babies sleep in unlocked, comfortably sized rooms, not cells, and many have decorated them with family photos and brightly coloured toys.

Furthermore, studies from United States claim that prison nurseries can be positive environments, beneficial not only for mothers but, somewhat controversially, for babies too (Carlson 2001). Studies conducted by Mary Byrne in New York show that preschool aged children who had lived with their mothers in prison nurseries displayed significantly lower levels of depressed, anxious, or withdrawn behavior than a comparable group who had been separated from their incarcerated mothers (Byrne et al 2012). Overall, Byrne’s study concluded that participation in a nursery program may be a “buffer” against environmental risks when children leave the prison, meaning that babies who spent their early years behind bars grow up to be resilient and able to cope with a difficult home environment later in life.

Prison: a positive start in life?

When considering the risks and benefits of keeping babies behind bars, one must take into account the nature of the home environment that children would most likely experience, were their mothers to serve sentences in the community.

In prison, babies are safe, well fed, given access to constant medical attention, provided with toys, and cared for by their mothers. Outside of prison, it is unlikely that all of these mothers would have the resources, skills and knowledge required to care as effectively for their children. Many mothers will have have problems with drugs and alcohol, be unable to read and write, or be trapped in violent relationships, all of which could contribute to a negative home environment that is detrimental to the development of the child. Further, 24% of the current prison population spent time in care as a child, suggesting that placing young babies in foster care whilst their mother ‘does time’ is not necessarily a beneficial solution, but one which may contribute to the intergenerational cycle of crime and imprisonment. When one considers the kinds of difficulties which led many mothers into the criminal justice system in the first place, it becomes less obvious that life ‘on the outside’ is preferable to spending one’s early years in prison.

Given the above, it seems that – rather than focusing solely on the need to find alternatives to incarceration – maybe the state should also think about the opportunity for early intervention that M&B units present. Perhaps interventions like parenting classes could be incorporated into the routine of prison life; such classes could equip mothers with the skills and motivation they need to care for their babies upon release, and thus help to ‘break the cycle’ of criminal conviction within families.

Upon release, mothers need to be provided with comprehensive support that addresses the multiple social, economic and health-related issues that negatively impact upon their own wellbeing as well as their ability to foster the wellbeing of their children. Only by adopting an integrated approach that takes account of all the relevant factors both inside and outside of prison can we ever hope to enhance the life chances of our children. 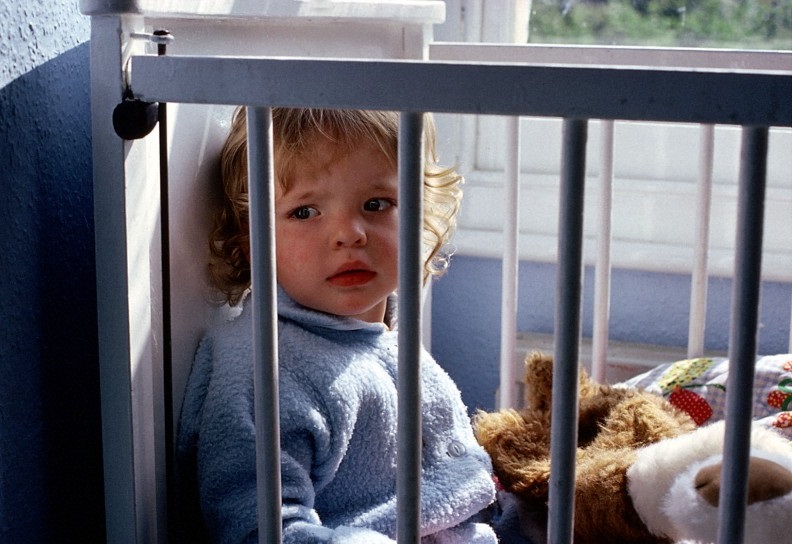