What’s the project about?

In my interview for the Wellcome Trust investigator award, which funds BeGOOD, a member of the panel asked me if I planned to keep the abbreviation, were I to be funded. He voiced a genuine concern that the abbreviation appeared to express an authoritarian imperative to children: “Be good!” So let me start this first blog by saying definitively: That is not what this project is about. Rather, the point is to develop a deeply informed critical analysis of early intervention as theory, policy and practice that enacts and embeds particular understandings of what is good for a child, and what makes a child good. “Good” here doesn’t just mean well-behaved; it also means: good for others, and good for the state. BeGOOD is interested in children as individuals, as family members and as citizens on whom hopes and responsibilities for the future are conferred.

The ties that bind ethics and science

It is also important to say, at the outset, that BeGOOD works alongside researchers and clinicians – indeed, our research is often embedded with their activities. We work this way on purpose: we believe that relevant ethical analysis is best achieved when working in close relationship to science and the clinic. At the same time, we maintain an independent, critical perspective on early intervention programming and policy, and its impacts on children, parents, research, clinicians and public sensibilities. To warp someone else’s concept: our relationship to early intervention science is one of critical kinship. Like a tiresome sibling, our ethics perspective can sometimes rub the wrong way, but it is deeply part of the ties that bind the activities of science to the good of society.

Why early intervention; why now?

We have also been asked: Why is early intervention such an important way of thinking right now? In one sense, early intervention as a strategy to help ‘at risk’ children isn’t new at all: it’s the cornerstone of longstanding state-funded programmes like Headstart and Surestart. In my reading, those programmes were based on a mix of good intentions, some social developmental theory, and pressure on politicians to do something to improve the lives and opportunities of poor children. It’s clear that providing early intervention packages for children in low-resource settings to improve their life chances and capacity to contribute productively to the state has long had public and policy appeal. Whether or not it works for the majority of children is another question: the overall influence of these programmes is uncertain, although many individual children will have benefitted from participation. Of course, this raises at least one important question: Is it ethical to use public funds to finance programmes whose effectiveness is still being debated decades later?

So the boost to contemporary early intervention arguably comes from a series of discoveries in neurodevelopmental science, which show the impacts of a range of environmental factors, such as poverty, neglect, abuse and stress on the developing brain. The role of genes in this process is still poorly understood, but the science of epigenetics suggests that environmental risk factors affect gene expression during early development, such that a bad environment goes ‘under the skin’ to affect a child’s biological make-up. However, these environmental factors do not necessarily spell destiny: interventions before and after a child is born may motivate changes in the course of gene expression and brain development. And, some children grow up in environments that confer high risk, and they show little or no effects on their developmental outcomes even without active interventions. Contemporary early intervention includes an incipient interest in processes of developmental resilience, whereas early programmes focused almost exclusively on risk. If early intervention is ethically problematic in part because it threatens parental or child autonomy and dignity, then, a better understanding of developmental risk and resilience would help to ensure that early intervention targets children and families most in need. Of course, all the more reason to ensure that early intervention is effective, and delivers valued outcomes.

‘Early intervention’ has historically been delivered via social activities and environmental adjustments, such as nutrition, reading, social communication and self-control skills, improvements in parenting behaviours during pregnancy and in early life. Blame (particularly of mothers), bias, labelling and stigma have accompanied these activities. But alongside discoveries in developmental neurobiology, new technologies of intervention are emerging, that by-pass the social level to directly affect biological processes and systems. To take just one example: in the past year, a new form of gene editing has been heralded as a way to change the course of nature, by deleting or suppressing high-risk genes at the stage of embryonic development. Is this a more efficient, effective and blame-free way to intervene to positively affect a child’s development? Or are there too many ethical problems to make this a viable option?

Our stake in the early intervention field

This contemporary field of activities, investments and interests in early intervention is where BeGOOD is planting its stakes. In all the renewed excitement about early intervention strategies, critical ethical questions have been largely unseen, or left unasked and unexamined. BeGOOD’s claim is that while this terrain is diverse and complex, these ethical questions boil down to the central conundrum of what makes a child good, and what is good for a child. I can’t say that we are neutral on this conundrum at the start of the project: The team shares a concern that early intervention programmes contain an implicit set of valued outcomes for a child; and that these outcomes are based on a narrow understanding of what constitutes ‘a good life.’ We worry about the foreclosure of valued developmental possibilities, and early restriction of a child’s ‘open future’ (to the extent that the ideal of ‘an open future’ is relevant to the everyday life of a child – but that’s a topic for another blog).

All these worries, claims and concepts need testing, as well as specification and illustration. I expect that, alongside our research activities, this blog will go some way towards meeting this need. We hope it will also open up a dialogue with a broad range of readers, about these basic questions that affect us all in some way. 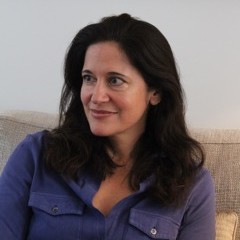 Professor Ilina Singh is the principal investigator on the Becoming Good: Early Intervention and Moral Development in Psychiatry (BeGOOD) project based in the Department of Psychiatry, University of Oxford.